Red Carpet: Under the Banner of Heaven Premiere 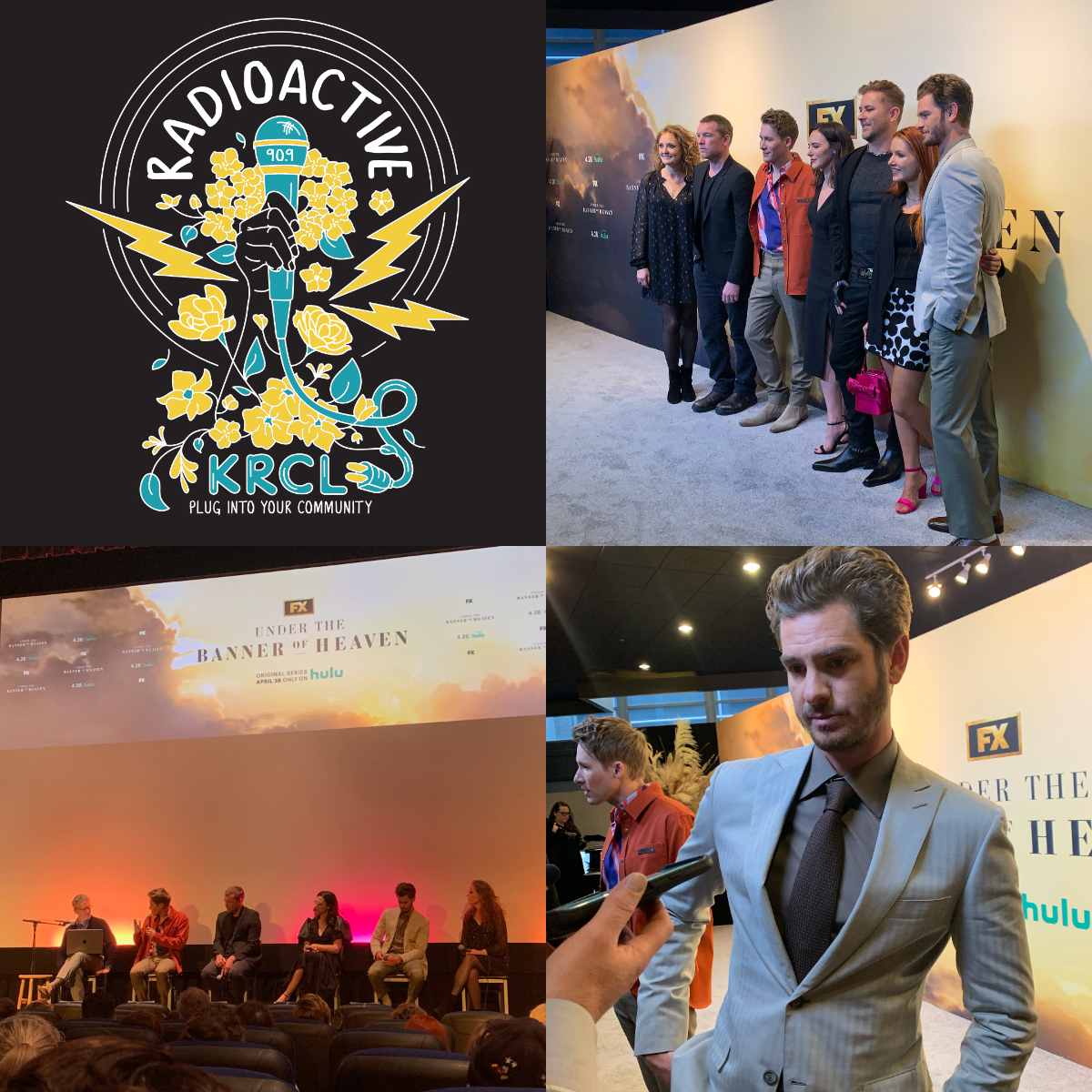 The FX Under the Banner of Heaven red carpet event at the Broadway Center Cinemas on April 25 was buzzing with energy ...

RadioActive · Under The Banner Of Heaven Red Carpet With Autumn Thatcher

... as local reporters asked roughly the same questions to the cast and crew in attendance. Under the Banner of Heaven was created and executive-produced by Academy-Award winner Dustin Lance Black ("Milk") and stars the one and only Andrew Garfield as lead fictional character Jeb Pyre. Garfield and Black—along with the show's creative consultants and local celebs Troy Williams and Lindsay Hansen Park—took to the red carpet to discuss the making of the seven-episode mini-series that premiered on HULU on April 27. Sam Worthington (Ron Lafferty) and Tyner Rushing (Emma Smith) were also in attendance.

The mini-series is based on the horrific 1984 murders of Brenda Lafferty and her 15-month-old daughter, Erica, by her brothers-in-law in American Fork, Utah. Based on the book written by John Krakauer, Under the Banner of Heaven: A Story of Violent Faith, Black's mini-series address themes of extremism in religion. What makes this particularly interesting for Utahns is the fact that Ron and Dan Lafferty were Mormon turned FLDS. On the red carpet, everyone wanted to know about the representation of Mormonism in the show. Emotions ran high as Black called out an opinion piece in the Deseret News. During the event, he—along with everyone else doing interviews—reminded attendees that the bigger questions viewers should be asking have less to do with the portrayal of Mormonism and more to do with the lengths that people are driven to go in the name of religion.