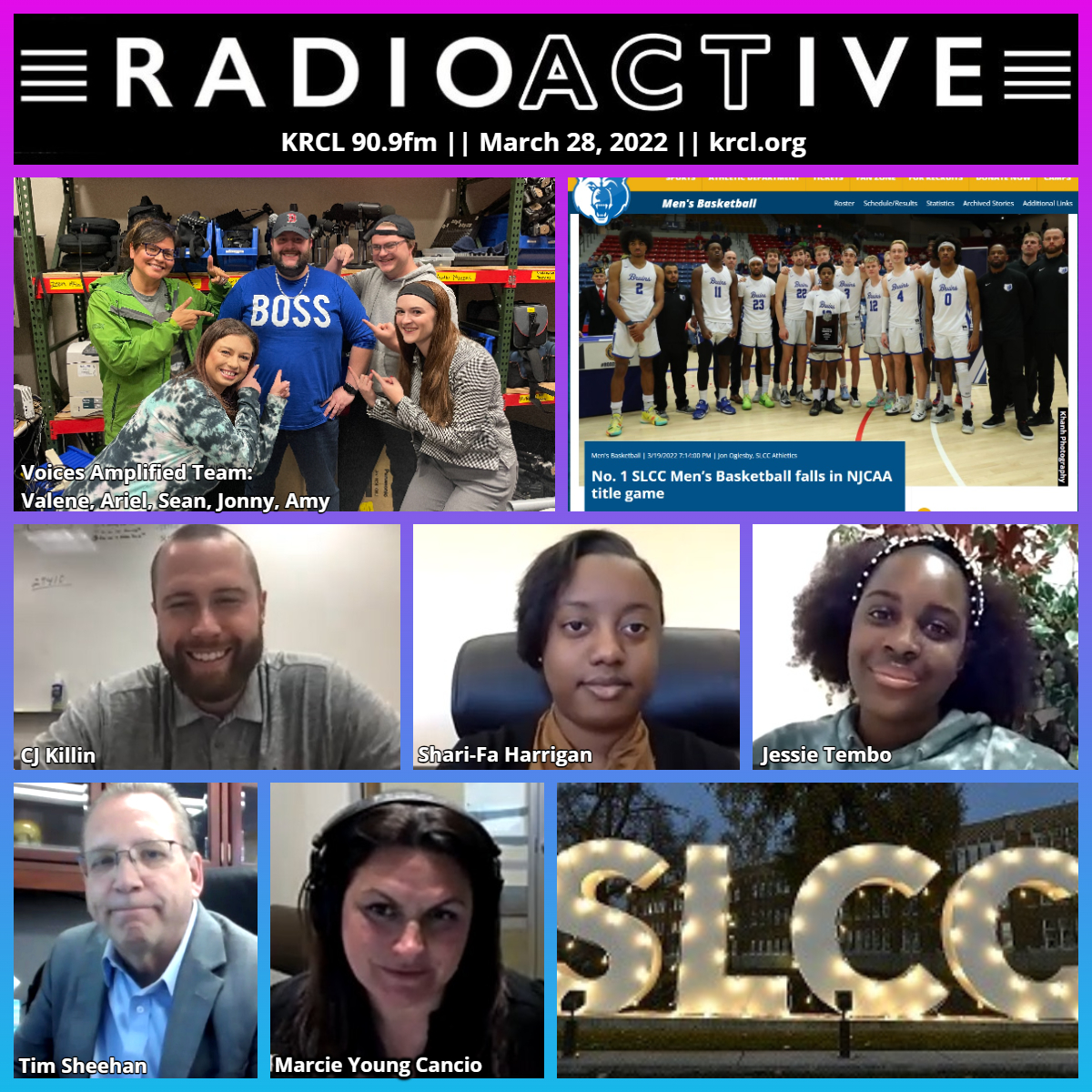 Rising journalists once again took over RadioACTive for a Voices Amplified edition of the show. It’s a collaboration between Salt Lake Community College, Amplify Utah and KRCL. Diversity, stories that matter, the things you care about — amplified. Listen to them every Monday night at 6 p.m. through the spring semester at SLCC.

Host Sean Stetson kicked the show off with an update on Utah Politics. Guests: Voices Amplified contributor and The Globe staff-writer Jonny Tollestrup and Vice President of Student and Government Relations Tim Sheehan.

This week’s show closes with an exciting edition of #PopCultureNuggets, featuring “the slap heard ‘round the world.”

Voices Amplified and their guests are building a playlist for their takeover sessions. Check it out:

Views, thoughts or opinions shared by guests are their own and do not necessarily reflect those of the board, staff or members of Listeners' Community Radio of Utah, KRCL 90.9fm.