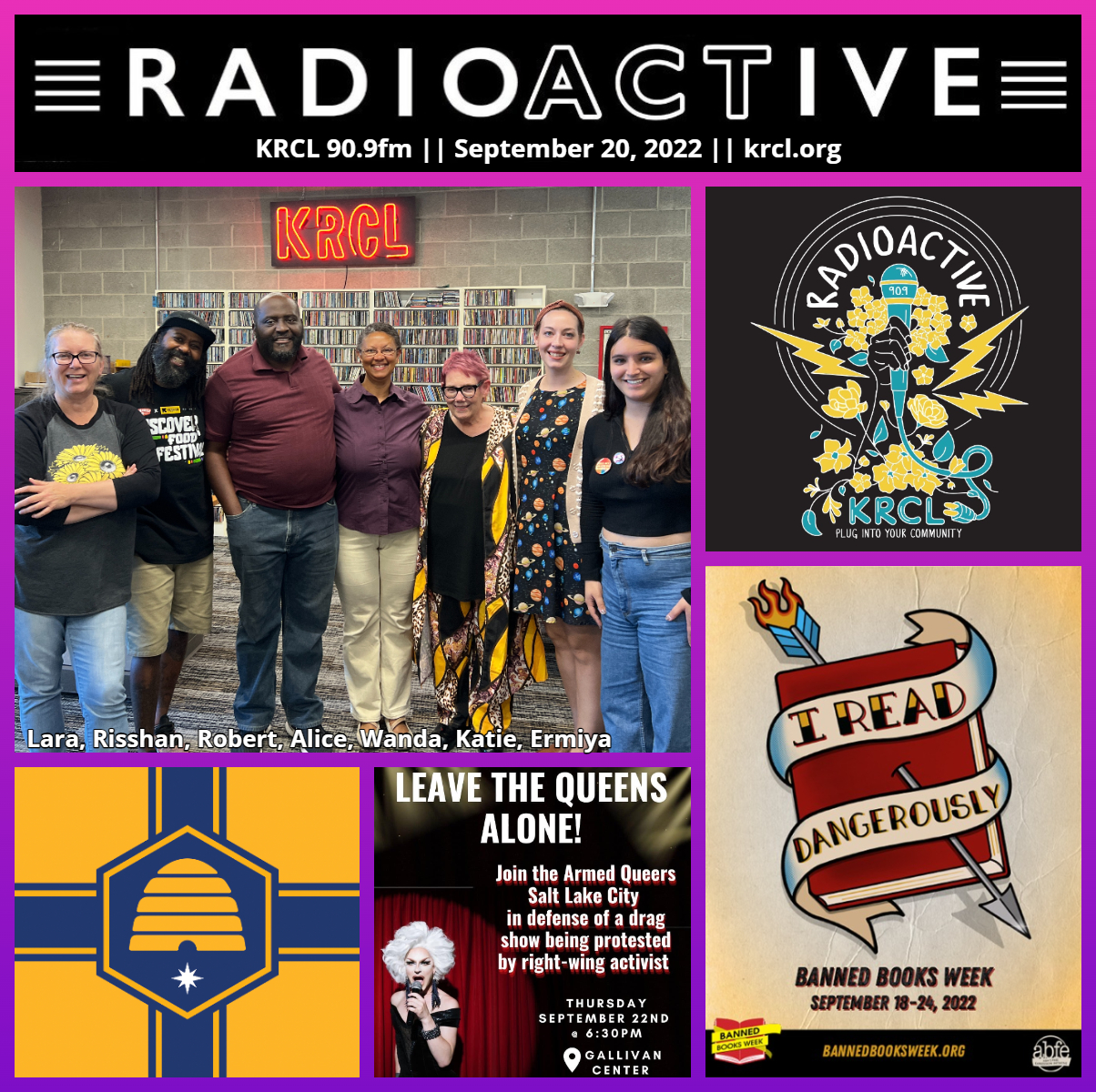 Roundtable Tuesday with Risshan Leak dives into Banned Books Week with the Utah Library Association. Plus, Armed Queers of SLC, and an update on the quest for a new state flag.

More Than a Flag: An update on the quest for a new state flag with project manager David Wicai and state Sen. Jake Anderegg, a member of the Utah State Flag Task Force.

Guests' views, thoughts, or opinions are their own and do not necessarily reflect those of the board, staff, or members of Listeners' Community Radio of Utah, KRCL 90.9fm. Tonight's RadioACTive team included: