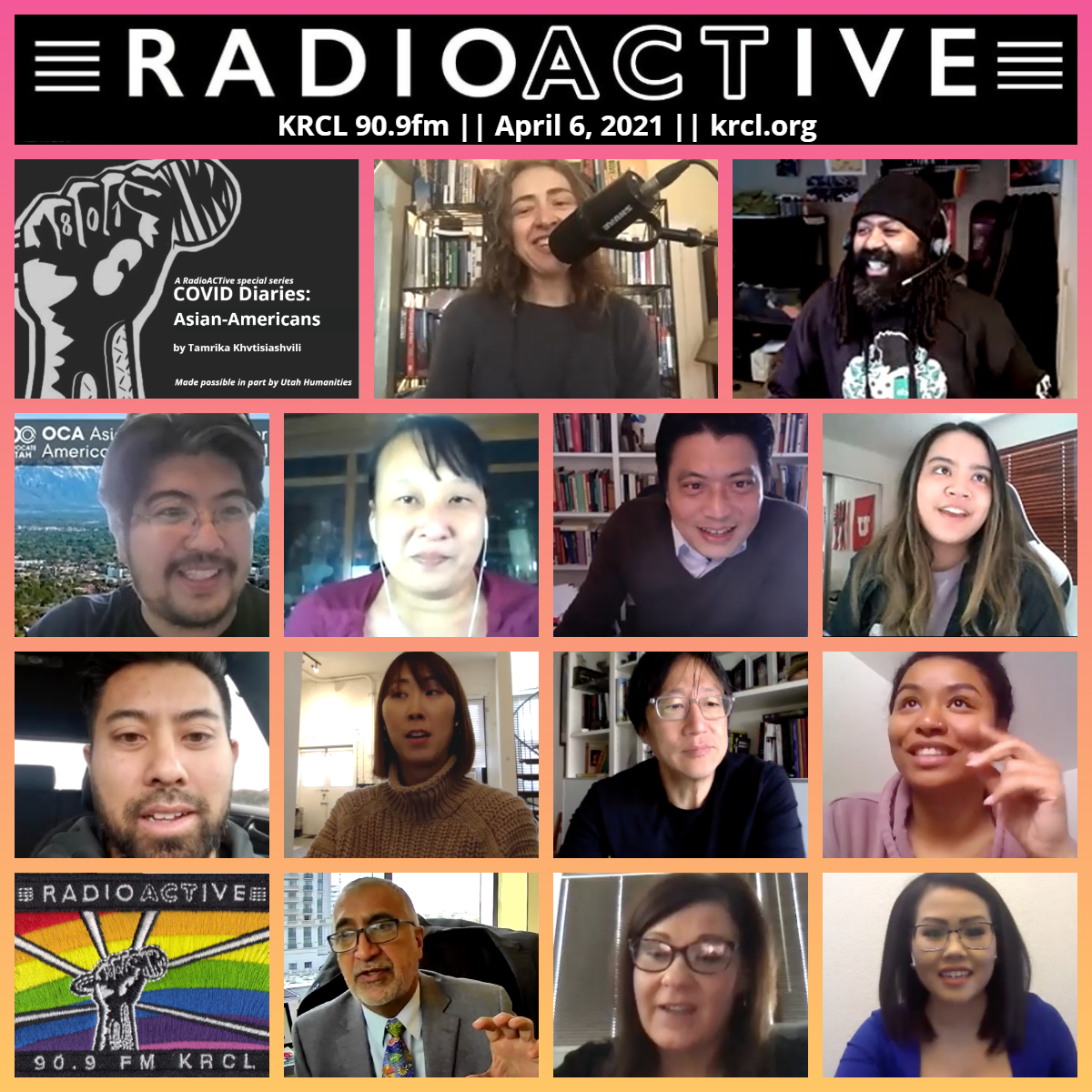 #RoundtableTuesday Community Co-Hosts Tamrika Khvtisiashvili and Risshan Leak tackle the myth of the model minority. #COVIDdiaries passes the mic to Asian Americans in Utah to share their experiences. #3QuickPicks from The County Library highlights books and films by Asian-American writers and filmmakers.

#COVIDdiaries: Asian Americans in Utah share their experiences as hate-crimes and hate-speech targeting them are on the rise. Featuring:

#COVIDdiaries is made possible in part by a grant from Utah Humanities. To catch up on past episodes of this special RadioACTive series, click here.

#3QuickPicks with Karen Liu of The County Library. All available for online hold and curbside pickup, Liu's picks of books and films by Asian-American writers and filmmakers included:

#RoundtableTuesday's Tamrika and Risshan led a panel discussion on the myth of the model minority, hate crimes and hate speech against Asian Americans and more. Panelists included: