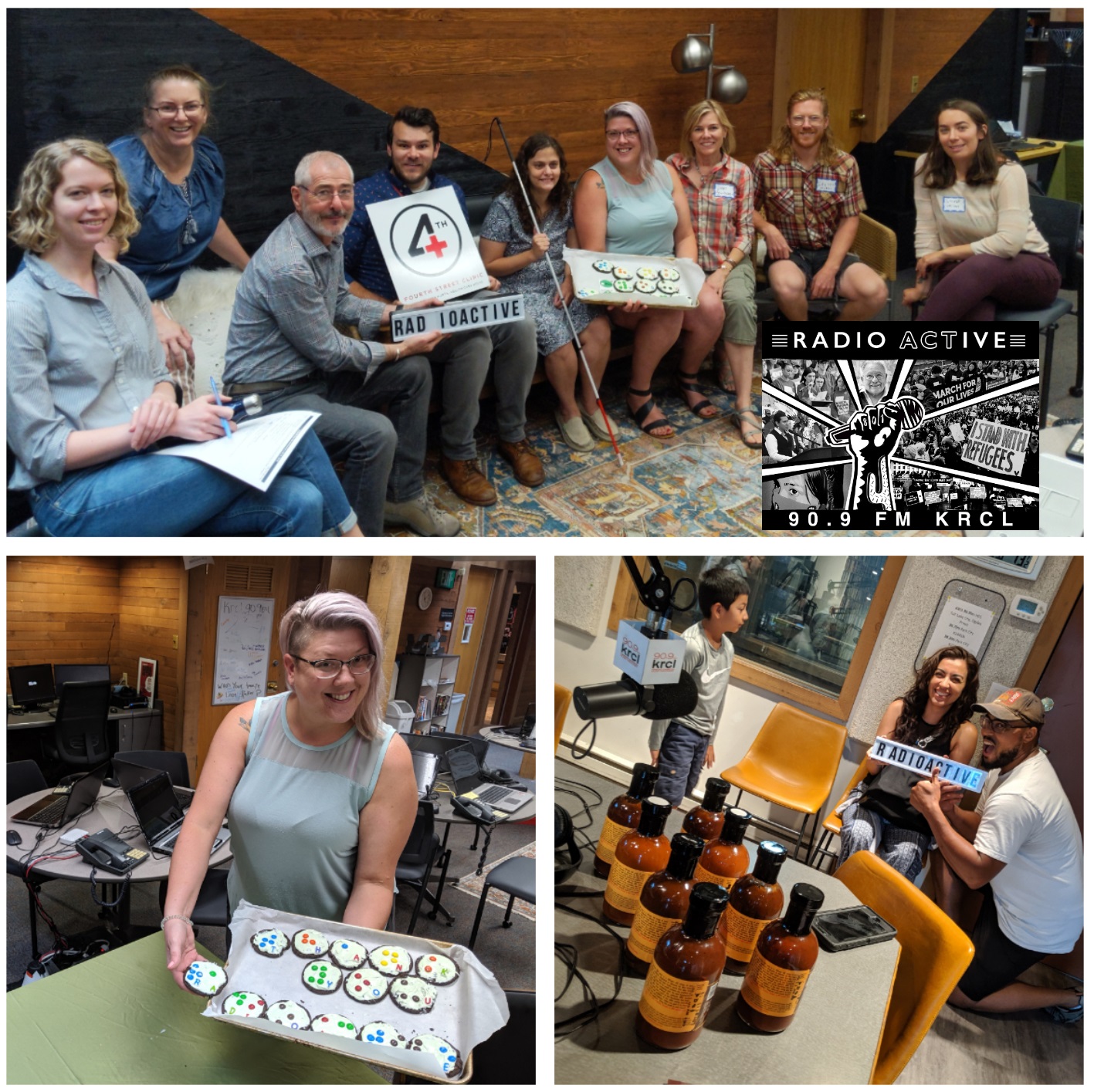 James Jarrard of Fourth Street Clinic with a preview of the health clinic's third annual film festival, the only one in Utah geared toward exploring topics and issues of homelessness.

The secrets of Miss Essie's Southern BBQ with owner Marcus Jones. After finishing a college football career at The University of Utah under coach Ron McBride, Jones considered his options and decided to start a BBQ business with his father. Based on a 100-year-old family recipe straight from the heart of Arkansas and his grandmother's kitchen, Miss Essie's BBQ will "Bring the South to Your Mouth" as part of the Utah Black Chamber 10 Year Anniversary party at the Gallivan Center this Friday from 5:30-9:30 p.m.

After forming UnifiedUtah4BVI in February, Suzy Blackham is back with a call for artists to help with a tactile art-build for B.L.I.N.D. SLC 20/20, a day of advocacy during the next general session of the Utah Legislature. Joining her to share their perspectives were Lauren Greer and Diane Bernhardt. The former has been blind since birth, while the latter moved to Utah for the school resources available to a son who is visually impaired.

For Utah progressives, is there room in a red state to throw stones at your own? Local activists launch #ShutDownMTC, a public pressure campaign against Management Training Corp., a Utah-based for-profit prison company. At least one of its owners is known for contributions of time and money to many progressive causes in the community. #ShutDownMTC says, "Locking people up should be a crime – not a business model." RadioACTive found out more with:

Views, thoughts and opinions shared by guests are their own and do not necessarily reflect those of the board, staff and members of Listeners' Community Radio of Utah, 90.9fm KRCL. Tonight's RadioACTive team included: