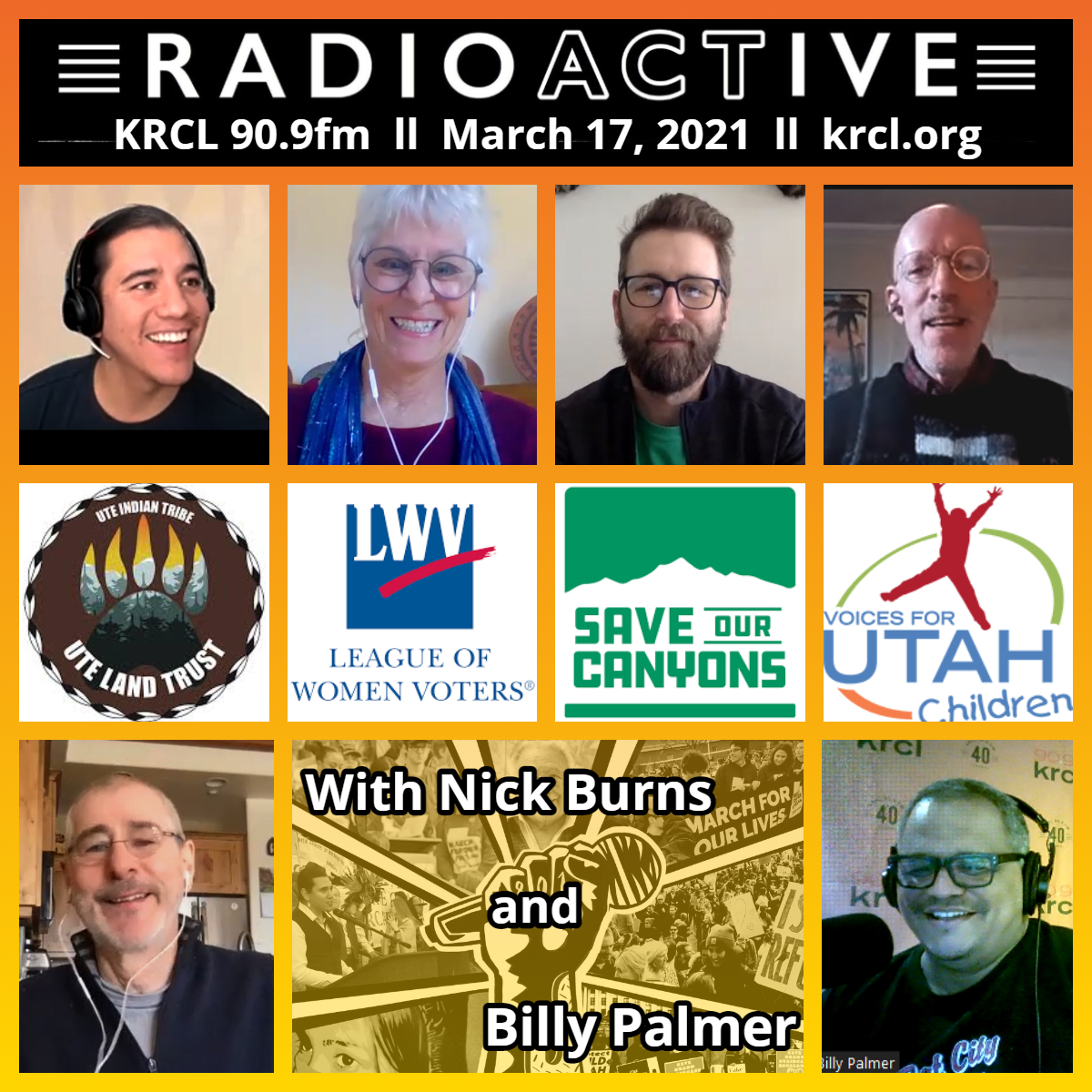 Braidan Weeks from Ute Land Trust and Living the Circle of Life, KRCL's Native American music and public affairs show shared comments about the confirmation of Madam Secretary, Deb Halland to the United States Office of Interior, making her the first Native American Woman appointed to a Presidential Cabinet position in the history of the nation.

Carey Dabney, of the League of Women Voters of Grand County and researcher for The Public Lands Project, a 2020 educational study on the Transfer of Public Lands Movement which was recently launched by the League of Women Voters of Grand County. Dabney also announced that the project has launched a 3 part video designed to educate the public about the study and the need to protect public lands from overburdening state expenses and potential privatization. To learn more, go to https://my.lwv.org/utah/grand-county and click on Public Lands Project in the sidebar. Find the link for the videos below:

Alex Schmidt, Campaigns Coordinator, Save Our Canyons talked about their efforts to get public input and a petition signing to address issues in the Central Wasatch Conservation and Recreation Area Act before the legislation moves forward. More details on SOC's petition page HERE.

Matthew Weinstein, MPP, State Priorities Partnership Director, Voices for Utah Children.  warned in a press release that three recently passed tax cut bills will hurt Utah families and called on community members to call the governor and ask him to veto the bills. Sighting the press release Weinstein said "The three bills in question are tax cuts that almost completely exclude the lowest income 30-40% of Utah taxpayers and mostly benefit the highest-income 30-40% of filers. They permanently reduce by $100 million annually our ability to invest in our urgent unmet needs such as education, public health, poverty prevention, closing majority-minority gaps, infrastructure, clean air, and so on. Now we learned this week that their price has just doubled. Because the new federal COVID relief law penalizes states for tax cuts on a dollar-for-dollar basis, they will actually cost Utah $200 million of revenue next year, not just $100 million."