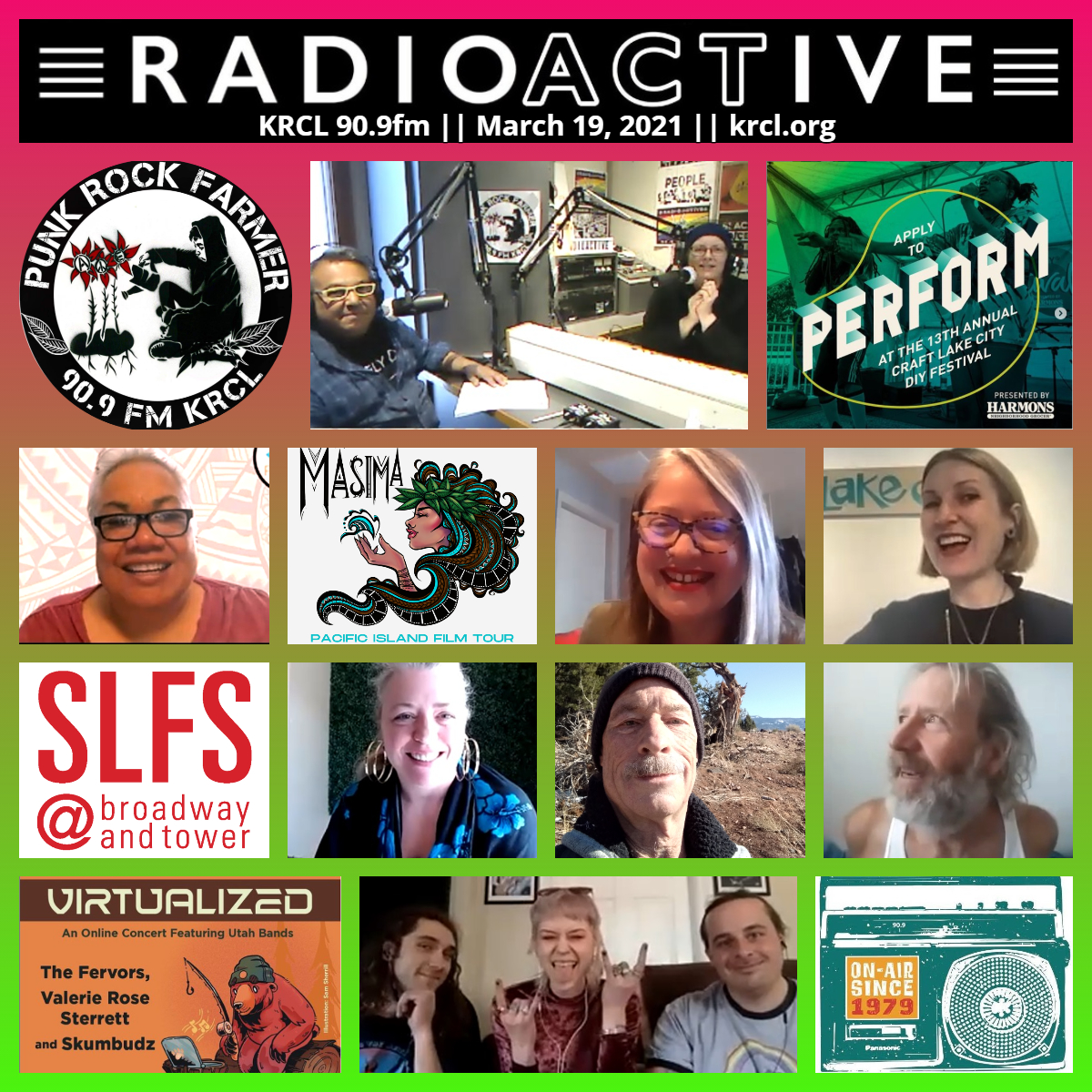 Many cultures, one sky with SkyWatcher Leo T, who explained Spring Equinox, aka the "Celestial Ecliptic," and explored Polynesian navigators' use of stars and waves to sail among the more than 1,000 islands of the central and southern Pacific Ocean. He also checked in live from Torrey, Utah, where he's enjoying a dark night sky. To follow him on Facebook, click here.

Signs of Spring with seed saver Joseph Lofthouse, whose book Landrace Gardening will debut later this spring. In it Lofthouse explores the use of biodiversity and promiscuous pollination to increase food security.

Thanks to Katie Nelson of The Green Urban Lunch Box, Ma Black of Night Estéreo KRCL and Salt Laker Eliza Beth for sending us their #SignsOfSpring we shared on the show tonight!

This is the Way We Rise: Filmmaker Ciara Lacy documents Jamaica Heolimeleikalani Osorio, a Kanaka Maoli wahine poet, activist, and academic, and her continued work towards justice for Hawaii's Indigenous population.

Slow But Sure: The Story of Tuaikaepau: In 1962, seventeen men tried to sail from Tonga to New Zealand on a 51-foot sailboat named Tuaikaepau. A fateful storm blew them off course and into the Minerva Reef where they were shipwrecked and marooned in the middle of the South Pacific Ocean. An epic account of their fight for survival that lasted 101 days.

Kapaemahu: Long ago, four extraordinary individuals of dual male and female spirit brought the healing arts from Tahiti to Hawaii. The name of their leader was Kapaemahu. Beloved by the people for their gentle ways and miraculous cures, they imbued four giant boulders with their powers. The stones still stand on what is now Waikiki Beach, but the true story behind them has been hidden – until now

Aldine's #UrbanFarmReport, featuring true tales from the agrihood. Tonight's special guest: Diana Law of Dianaverse School of Herbal Learning. Law is working with the Beacon Food Forest in Seattle and shared details of her work.