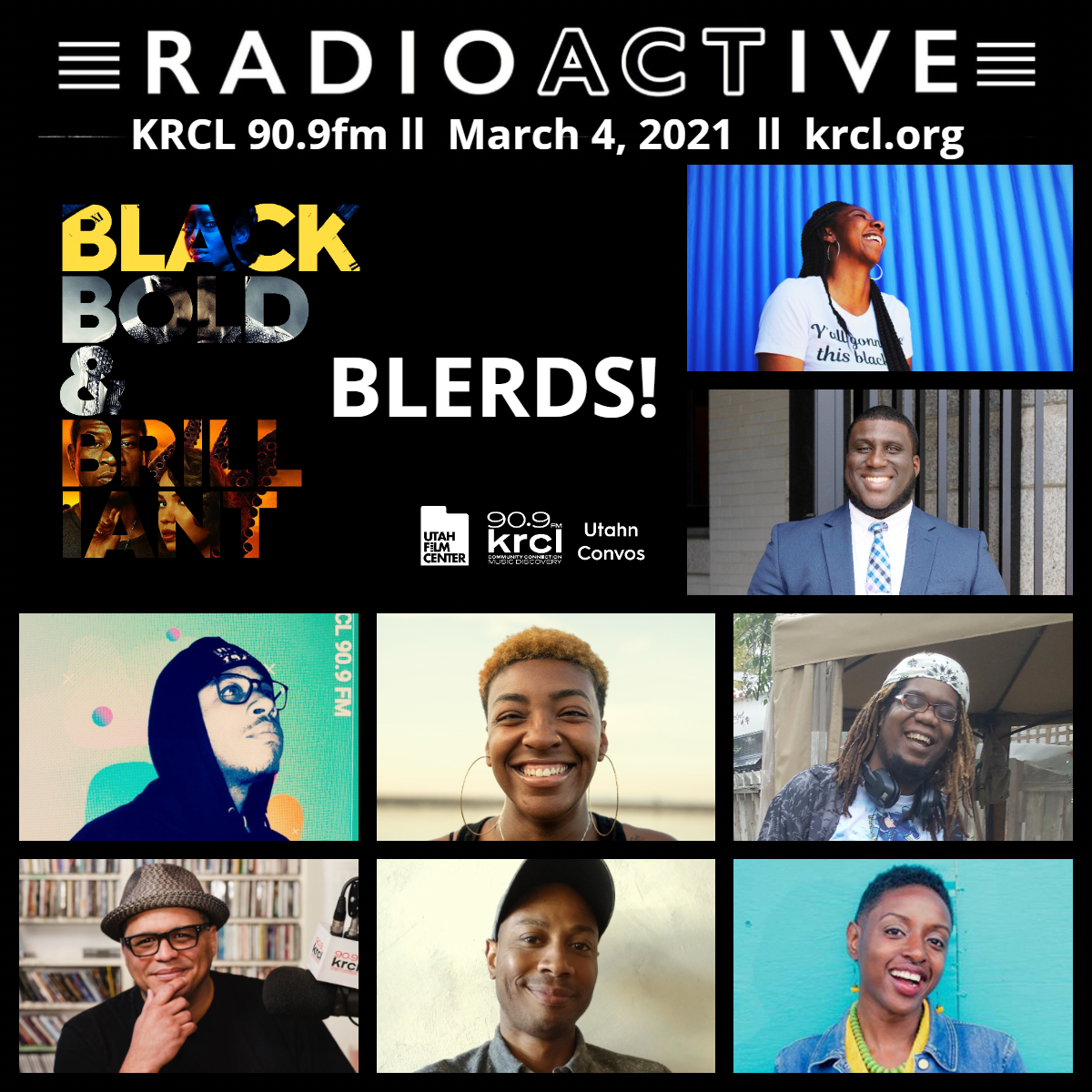 Black Bold and Brilliant the Blerd Edition, with the Changing the Narrative Team and Utah Film Center

Black, Bold, & Brilliant presents the next episode in our series of conversations about Black-centric films and media: Blerds. The term for Black nerds, “Blerds”, was first introduced into the mainstream in 2006 via a reference from the television show, “Scrubs”. Since then, cultural recognition for Blerds has grown exponentially. This cultural explosion has unleashed the power, imagination, and beauty of Blerds, which We're celebrating. Check out the

BBB is a production of KRCL RadioACTive and Utah Film Center. this virtual event features reflections of a panel that reflects on clips of movie passages and shares their authentic opinions and experiences living within the vast diaspora of Black life. Tonight's Panel included: