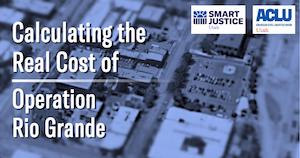 The ACLU Report: The Real Cost Of Operation Rio Grande, a Panel Conversation

On October 18, 2018 at Centro Civico Mexicano, The RadioActive team of Lara Jones and Billy Palmer moderated a panel conversation based on the report.