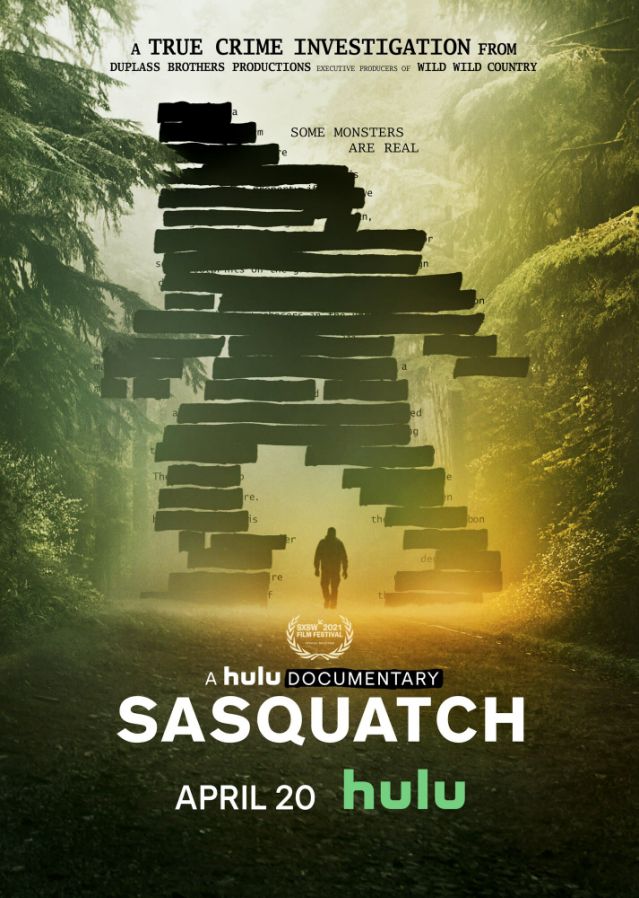 My first screening for the 2021 SXSW Festival was the first episode of the documentary series Sasquatch.

Do you like murder mysteries? Does bigfoot interest you? How about Northern California weed history?

These three subjects intertwine as investigative journalist David Holthouse tries to piece together what he heard 25 years ago, "I'm telling you, bigfoot killed these guys!!!!"

If I were to ever have a wheelhouse built specifically for me, this documentary series would be the foundation. Pure excitement burst from my screening shed when Squatch celebrities like Dr. Jeff Meldrum and Bob Gimlin show up. My neck is sore from furiously nodding along to the conversation about whether Bigfoot is an interdimensional being, can it cloak itself, or is it simply blood and guts.

David Holthouse has made his living as an investigative journalist covering the real life monsters of drug cartels and white supremecy. This personal journey leads him on a monster hunt of an entirely different kind.

Through eye witness accounts, his own personal contacts, Squatchers, growers and the Back to Landers that populated Northern California in the 70's, 80's and 90's, David tries to piece together that story in the back of his head about 'those three dudes that got killed by a sasquatch in 1993."

Would I sign up for a Hulu account just to watch the rest of this series? Does a Sasquatch stink?

**Full disclosure. I'm a bit biased on this topic. While watching this first episode, I glanced up and realized I have a Bigfoot map of the exact location the series covers hanging in my screening shed.