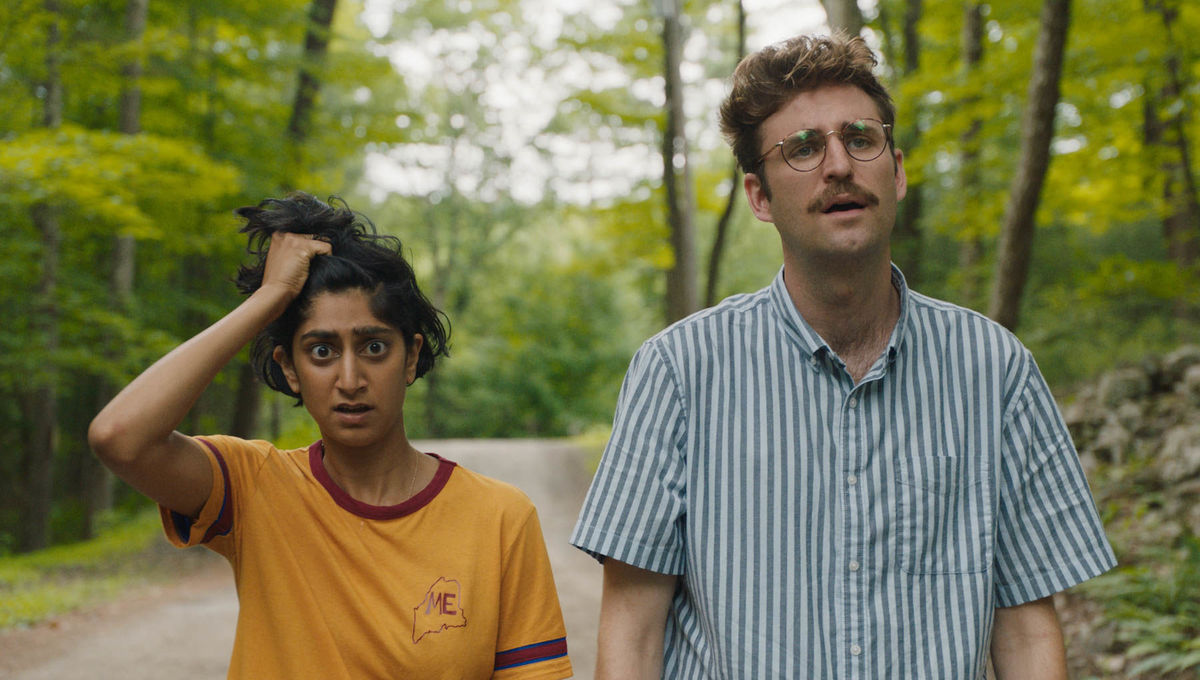 This is all Su (Sunita Mani) and Jack (John Reynolds) want in their little vacaction in the woods. Two Brooklyn hipsters decide to go on a 'technology fast' and head into the woods, only to learn they really don't have any functional skills. As Su and Jack attempt things like canoeing and starting fires, the rest of the world is being over run with an alien race of creatures, think tribbles, but larger and more ferocious.

Really funny movie from top to bottom.  Jack tries to start a fire, steps back seemingly defeated, then confidently states, "Well, wood must be bad." Just when Su and Jack begin to realize their non-phone skills are just not where they should be for a couple of thirty somethings, they are then forced to put those non-exsistant skills to the test when outer space visitors begin to attack.

I was firmly against how they ended the film, until the directors got on stage and explained what they were going for. Which makes sense. So when you see this one, and the end throws you off, think again and I bet you'll be on board too.