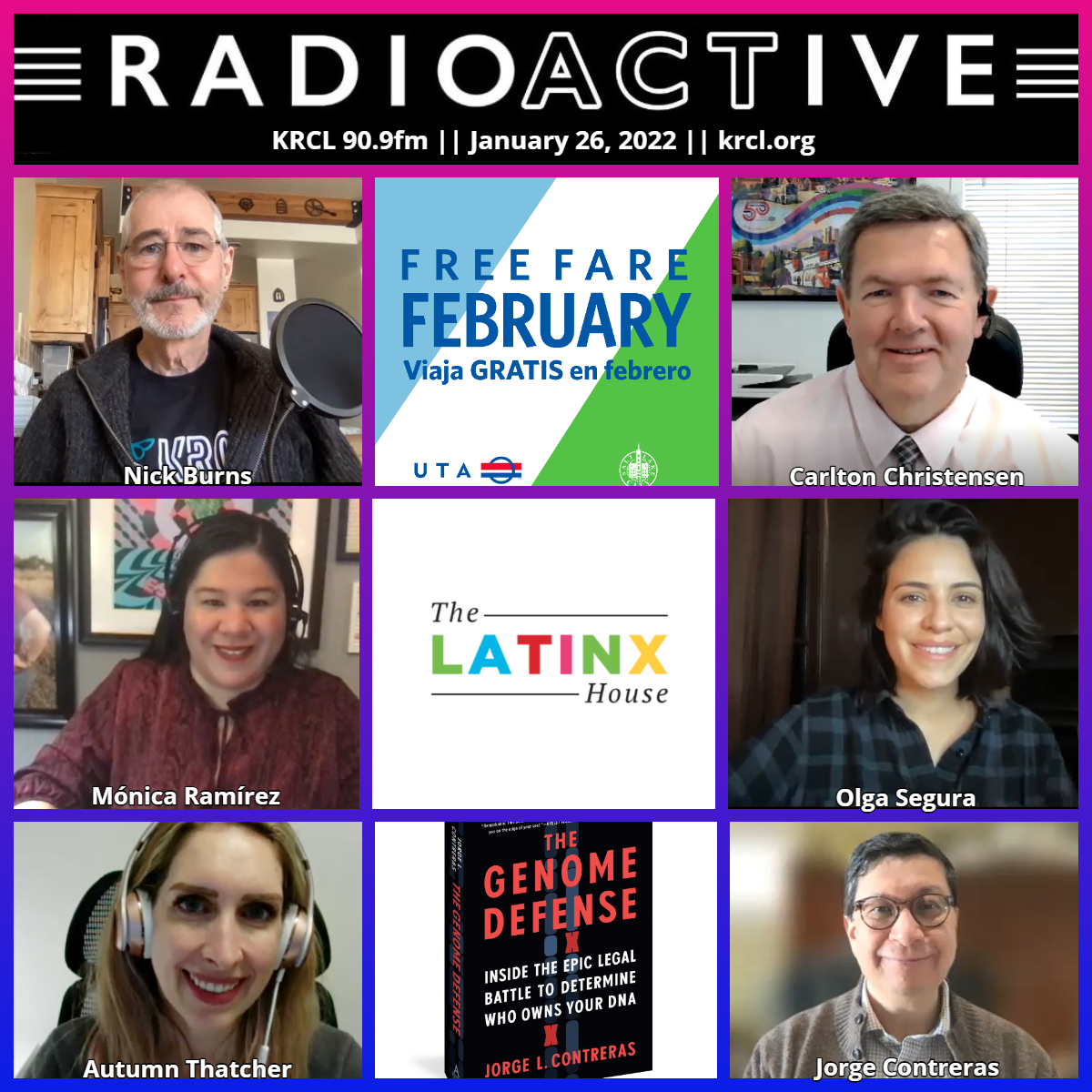 The Genome Defense, Inside the Epic Legal Battle to Determine Who Owns Your DNA with author and UoU Prof. Jorge Contreras. Sundance review and views from The Latinx House, including La Guerra Civil, and KRCL's own Autumn Thatcher on the premieres of jeen-yuhs: A Kanye Trilogy and Phoenix Rising. Plus, UTA's Free Fare February.

Community Co-Host Nick Burns wrapped the show in conversation with Prof. Jorge Contreras, author of THE GENOME DEFENSE: Inside the Epic Legal Battle to Determine Who Owns Your DNA. Contreras teaches intellectual property, science policy, and genetics law at the University of Utah. He received his law degree from Harvard and has served on high-level government advisory committees and testified before Congress on patent law matters.

Views, thoughts or opinions shared by guests are their own and do not necessarily reflect those of the board, staff or members of Listeners' Community Radio of Utah, KRCL 90.9fm. Tonight's show was produced and hosted by Lara Jones and Community Co-Host Nick Burns.