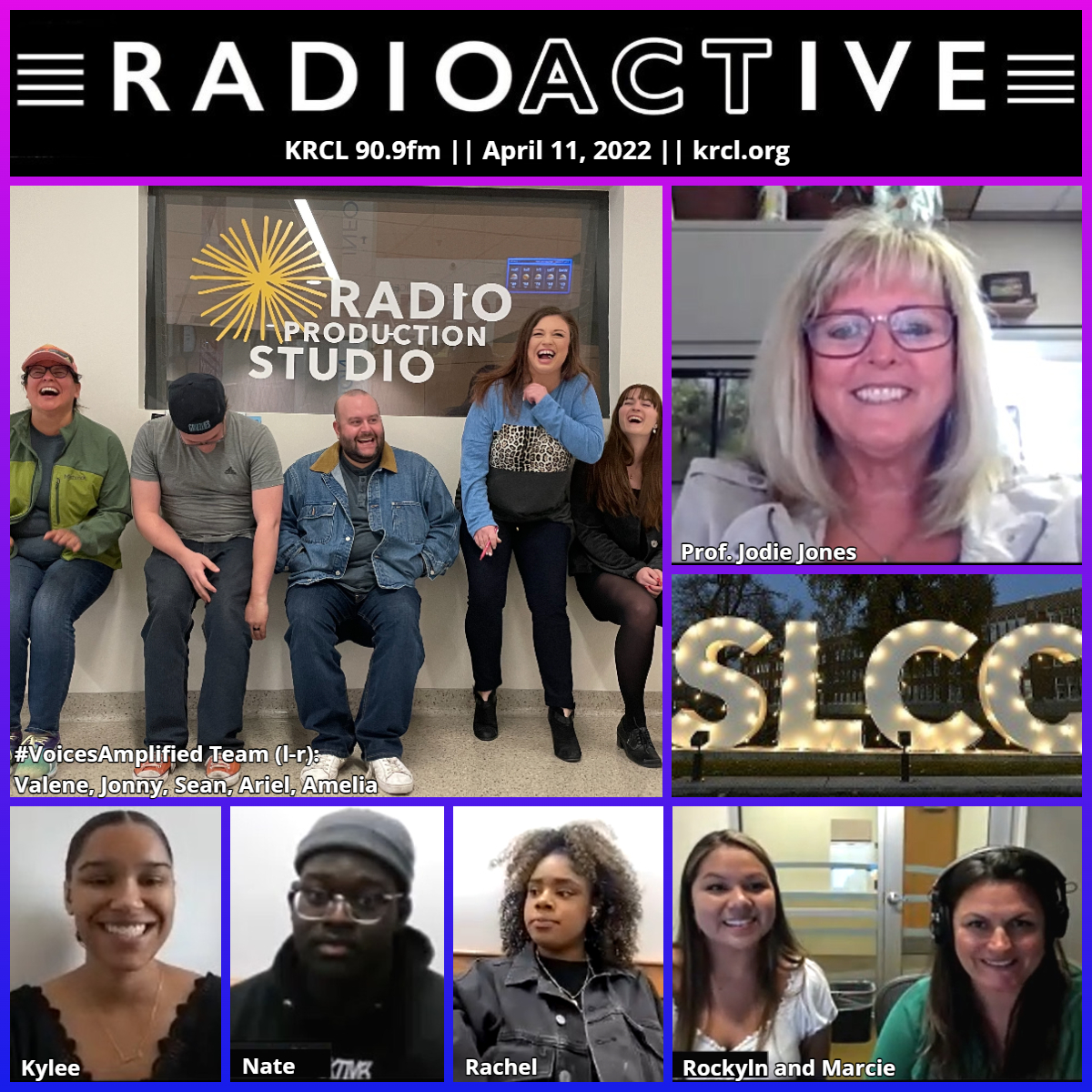 Rising journalists once again took over RadioACTive for Voices Amplified, a collaboration between Salt Lake Community College, Amplify Utah and KRCL. Diversity, stories that matter, the things you care about — amplified. Listen to them every Monday night at 6 p.m. through SLCC’s spring semester at SLCC.

Host Ariel Widerberg spoke with Jodie Jones, Associate Professor in SLCC’s Department of Communications, about ways to navigate difficult conversations in the age of polarization. Jones is a board member of Utah’s Council on Conflict Resolution, as well as a court-approved mediator for the state of Utah.

Members of the Black Student Union at BYU are going viral as The Black Menaces. #Voices Amplified spoke with members Kylee Shepherd, Nathanael Byrd and Rachel Weaver, who are broadening the debate about race, gender, and other issues through viral videos on TikTok and Instagram.

Pow wow season is back in Utah after a two-year pandemic pause. Rocklyn Merrick, SLCC Powwow coordinator, joined the program to share about the up-and-coming SLCC Spring Social Powwow. Diné (Navajo), Oglala Lakota and Omaha, Merrick shared the significance of Powwow gatherings. She wanted Natives and non-Natives to know that ALL people are welcomed at this gathering.

#PopCultureNuggets, a segment where the show’s team talks about what they’re watching, listening to, or activities coming up that they’re excited about.

Views, thoughts or opinions shared by guests are their own and do not necessarily reflect those of the board, staff or members of Listeners' Community Radio of Utah, KRCL 90.9fm.