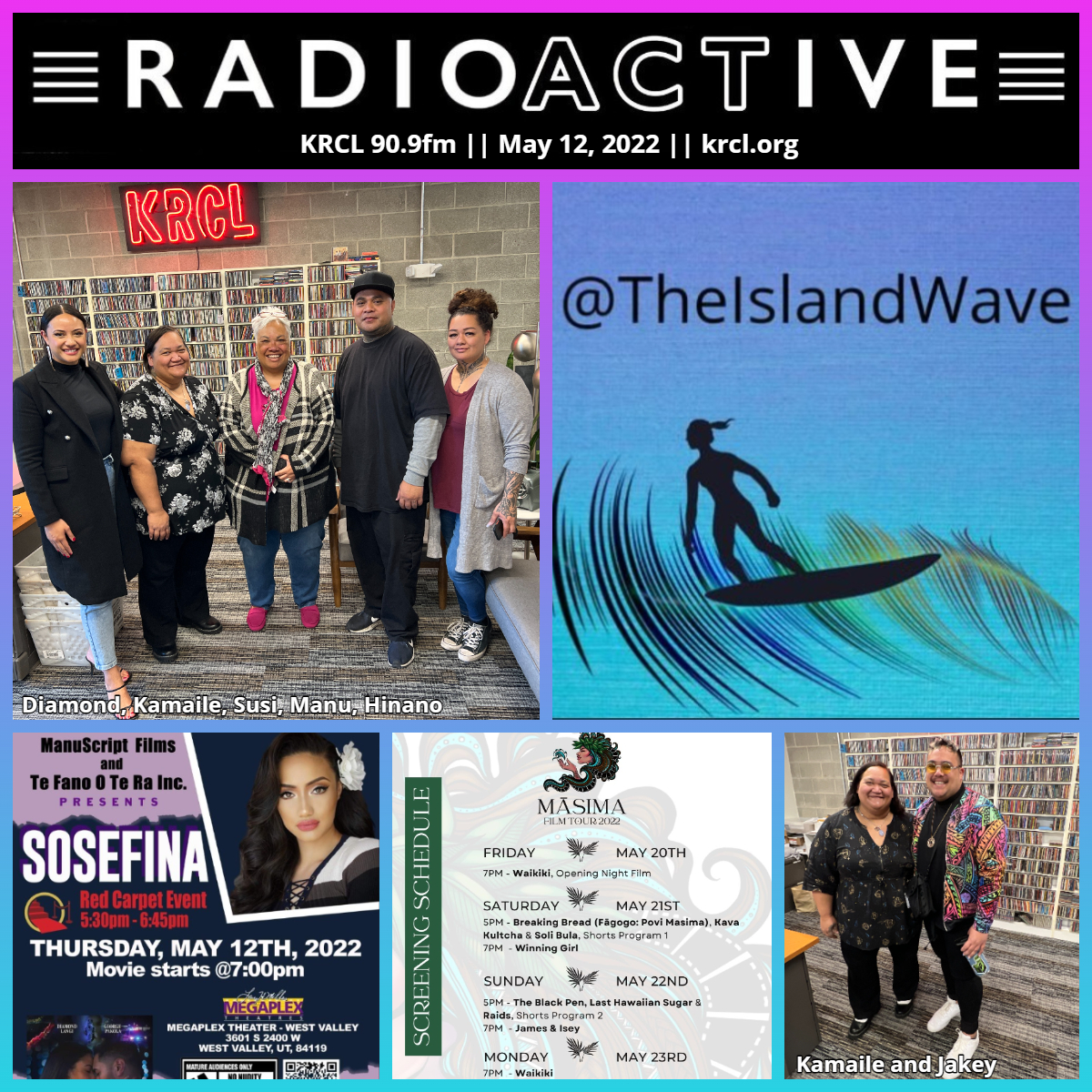 The Island Wave podcast takes over RadioACTive for a special edition of the show for Asian American and Pacific Islander Heritage Month. Guests include the director and star of Sosefina, a new movie premiering tonight! Plus, Masima Film Tour. PIK2AR's Jakey Siolo on community resources.

The Island Wave podcast host Kamaile Tripp-Harris and Pacific Island Knowledge 2 Action Resources' Susi Feltch-Malohifo'ou took over tonight's RadioACTive in recognition of Asian American and Pacific Islander Heritage Month. They spoke with the following people, organizations and/or events. Check them out and get plugged into your community!

Jakey Siolo of PIK2AR and the Nua Nua Collective on community resources.

Lauren Toomalatai of the Masima Film Tour, a collaboration between the Utah Pacific Island Film Series and the Salt Lake Film Society.

Guests' views, thoughts, or opinions are their own and do not necessarily reflect those of the board, staff, or members of Listeners' Community Radio of Utah, KRCL 90.9fm. Tonight's show was produced and hosted by The Island Wave's Kamaile Tripp and RadioACTive Executive Producer Lara Jones.