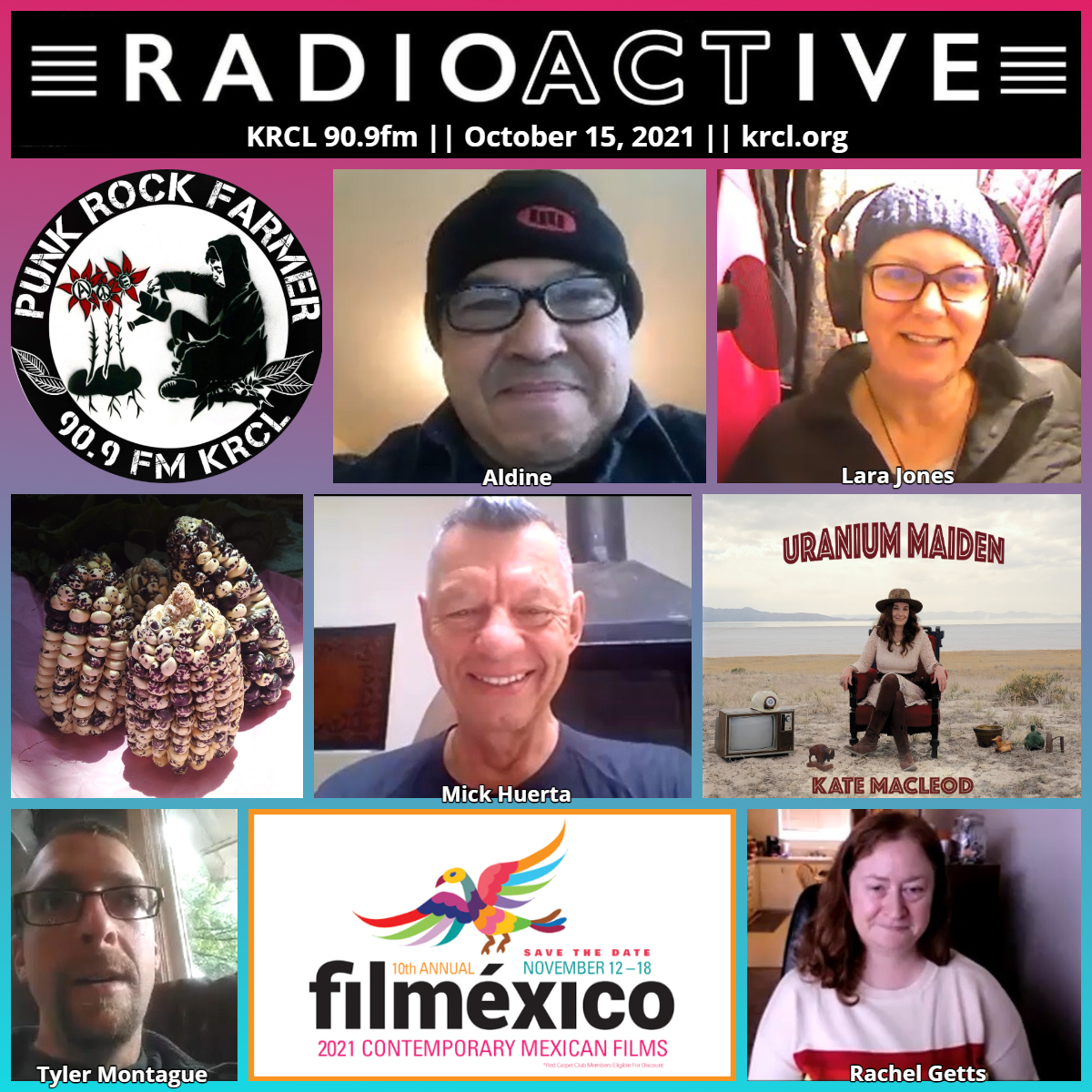 SkyWatcher Leo T, a RadioACTive volunteer contributor who shares his love for the night sky, cultural tales of the constellations and more during #PunkRockFarmerFridays. Tonight: how to find the Big Dipper, Draco the Dragon, the Draconids meteor shower transition into the Orionid meteor display by Oct. 21, Kirk in Space, a Chinese rover on the far side of the moon, Perseverance Rover on Mars, Lucy Spacecraft launch, Planet X, Pluto, and more.

Community Garden Update from Wasatch Community Gardens: "We are thrilled that Salt Lake City has approved funding for a new community garden at Harrison and 700 E. through the city's Capital Improvement Program. We are currently working with garden neighbors and City staff on the next steps of design and construction, with an open date goal of May 2022. Opportunities to participate in each of these design and building steps are open to the community, and neighbors who do participate in this early process will receive priority in plot rental assignments for 2022. To learn more and get involved, please contact Van Hoover, Green City Growers Manager, van@wasatchgardens.org or 801-359-2658 x26."

Rachel Getts of Salt Lake Film Society, which is set to reopen screens at Broadway on Oct. 22. Tower to follow, people! Check out the opening weekend lineup at Broadway Dune (2021); Jodorowsky's Dune documentary (2013); The Harder They Fall; Bergman Island; The Rescue; Velvet Underground (2021); Possession (1981). Tickets and showtimes will be available online only on Friday 10/22. Look for updates on SLFS social media and at SLFS.org.

Liz Sollis of Salt Lake County Parks and Recreation offered #3QuickPicks in the parks, while the weather holds! But first, she'd like everyone to take the SL County Parks & Rec Community Needs Survey to help determine recreational facilities, parks, open space, and program priorities for our community. Now to the picks:

Views, thoughts or opinions shared by guests are their own and do not necessarily reflect those of the board, staff or members of Listeners' Community Radio of Utah, KRCL 90.9fm. Tonight's show was produced and hosted by Lara Jones and Aldine, KRCL's Punk Rock Farmer.