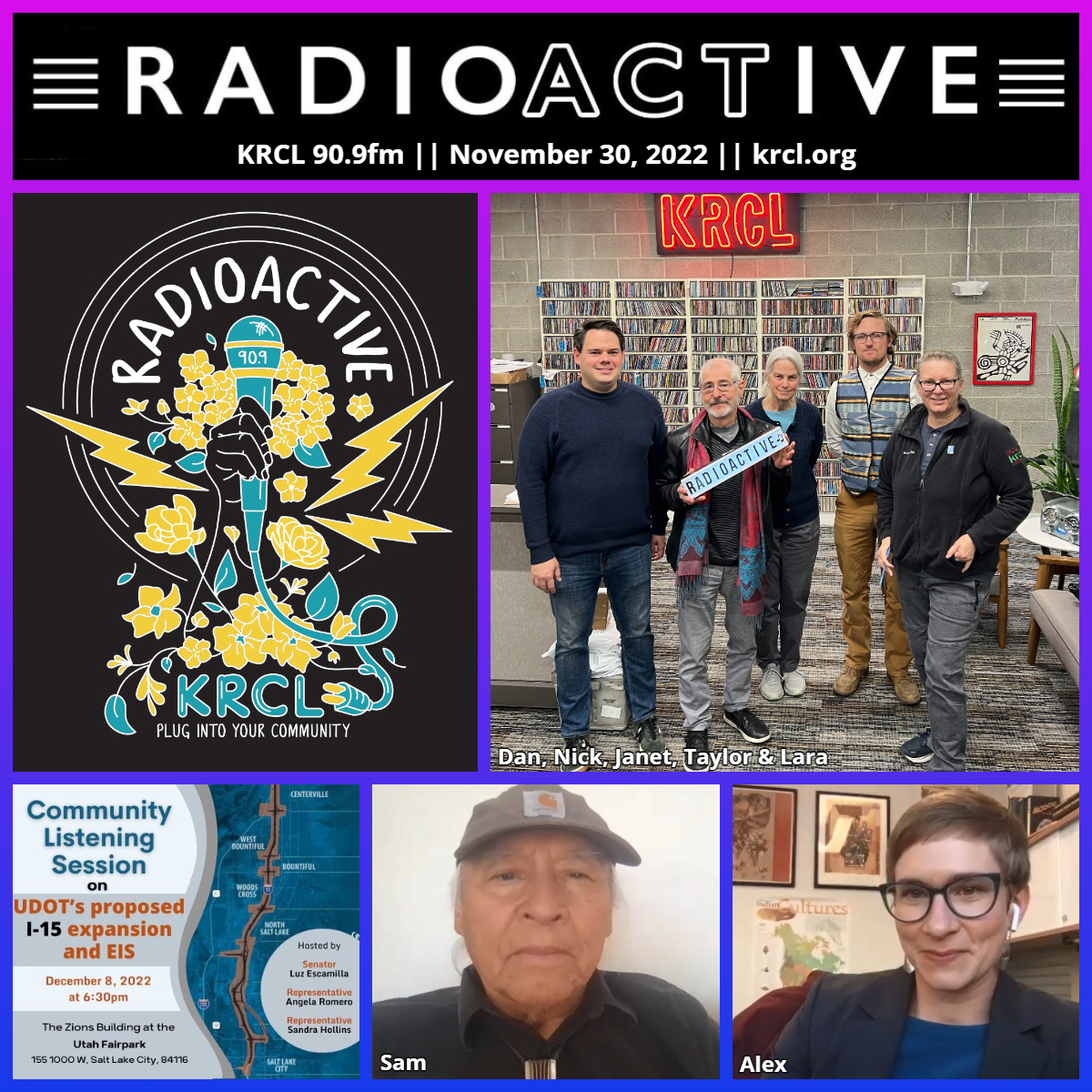 Round 2 of a grassroots view of UDOT's proposed Interstate 15 expansion, featuring a homeowner, Sweet Streets SLC and the Westside Coalition. Plus, the Natural History Museum of Utah launches its Native Voices Initiative to center Indigenous knowledge in its collections.

Natural History Museum of Utah has received funding for its new Native Voices Initiative, a step in the museum's effort to decolonize its Native collections. RadioACTive spoke with Dr. Alexandra Greenwald, curator of ethnography at NHMU and assistant professor of anthropology at the University of Utah, and photographer Sam Minkler (Diné), who recently traveled to the museum with his nearly 100-year-old aunt, Navajo weaver Rena Lane, and her daughters Mary and Zena Lane, to see the ethnographic collections and share their stories. To learn more about this project, click here.

Round 2 of a grassroots view of UDOT's proposed Interstate 15 expansion from Farmington to SLC, featuring:

The public comment period has been extended to January 13, 2023. Click here to submit comments directly to UDOT now. And KRCL would like to share your thoughts about the I-15 expansion. Send an email or a voicememo to radioactive@krcl.org and we'll share it in a future show.

Guests' views, thoughts, or opinions are their own and do not necessarily reflect those of the board, staff, or members of Listeners' Community Radio of Utah, KRCL 90.9fm. Tonight's RadioACTive team included: