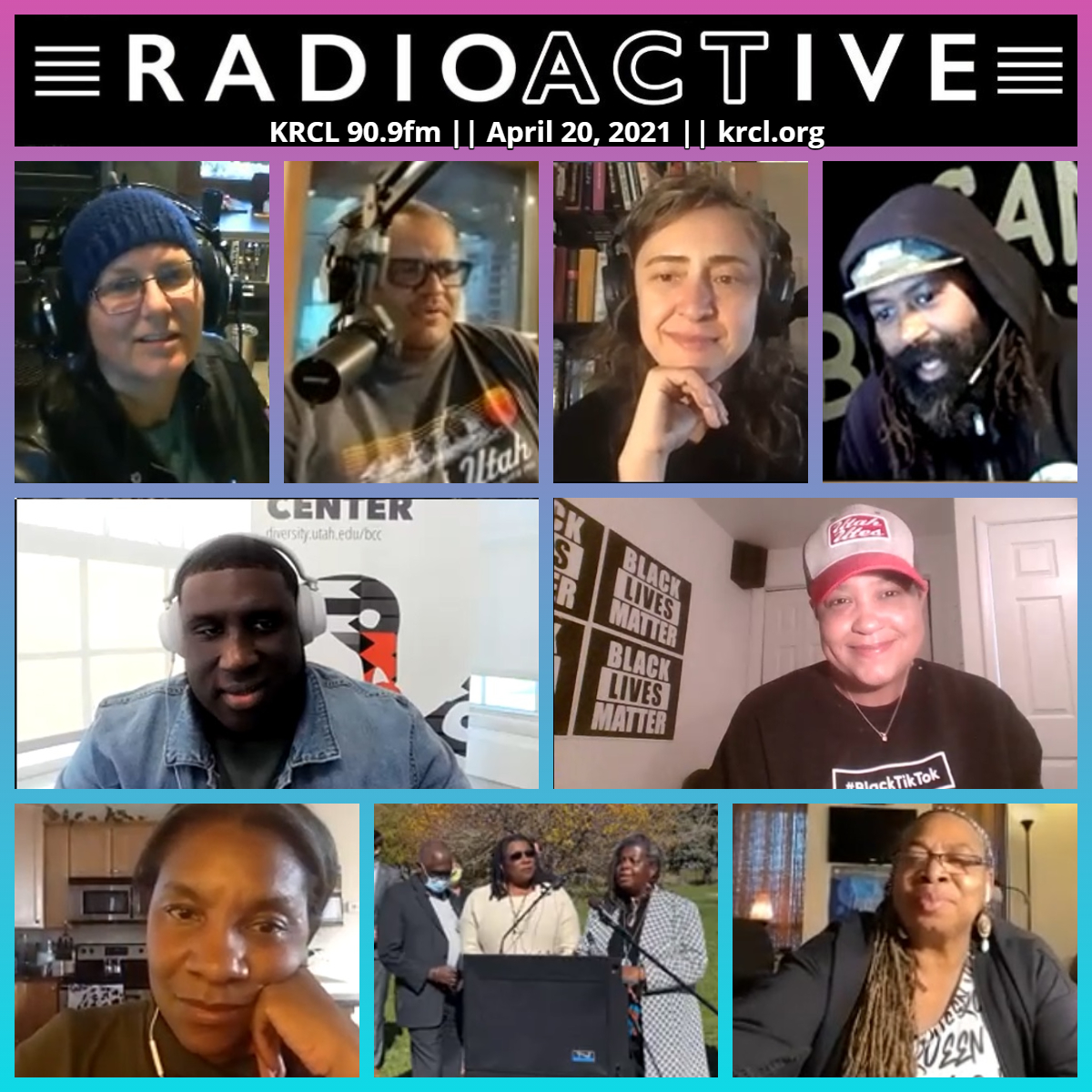 SLC Racial Equity in Policing Commission, which held a press conference at the International Peace Gardens after the verdict was handed down. RadioACTive shared clips from Commissioners, including:

RadioACTive also shared comments from Lex Scott of Black Lives Matter Utah Chapter, which went on to host a joint rally with Utah Against Police Brutality outside the Public Safety Building in downtown SLC.

Other panelists on tonight’s show included: