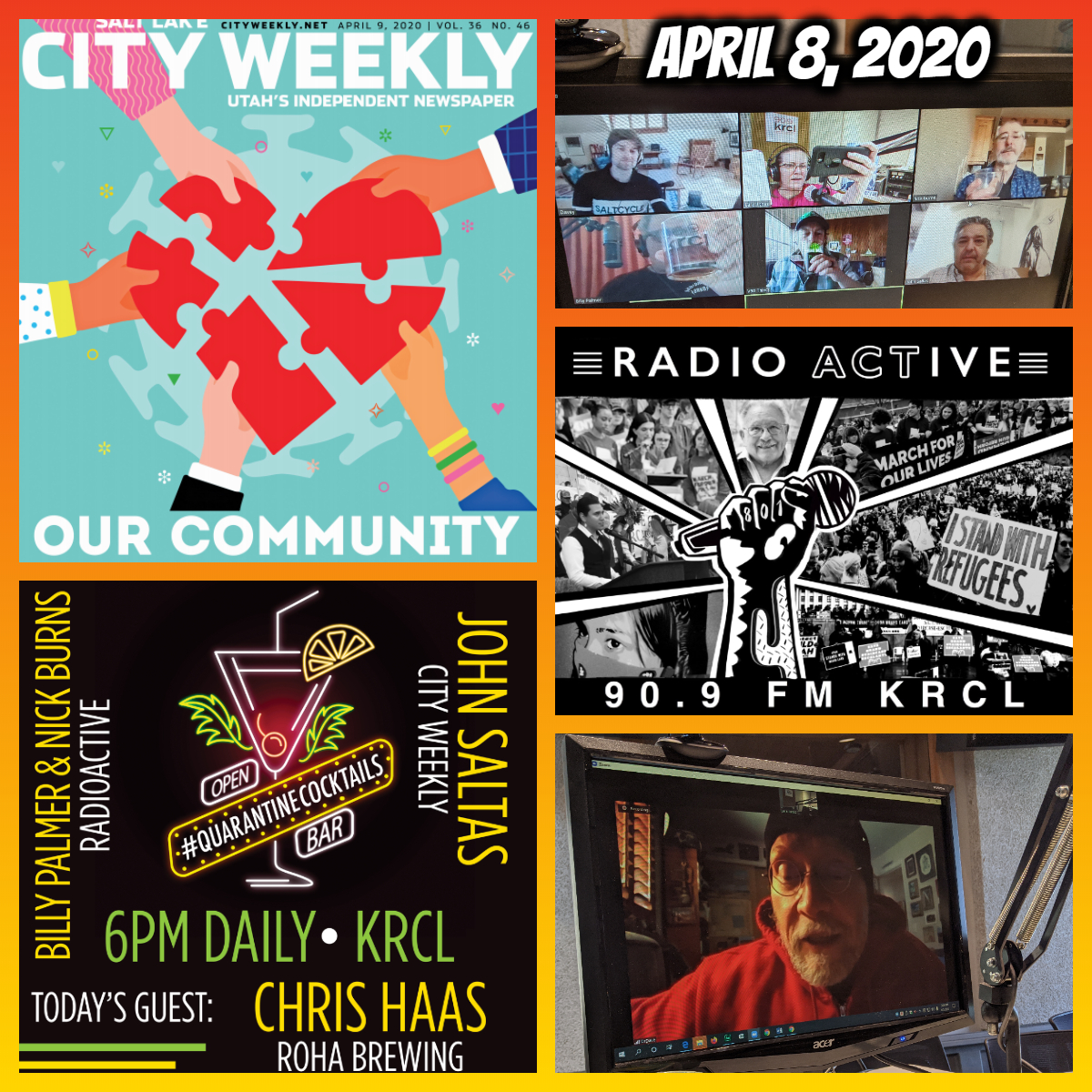 Utah Film Center Launches Series, That One Time with Napoleon Dynamite and Pedro, #QuarantineCocktails with City Weekly and RoHa Brewing, Dr. Dave on dealing with fear and anxiety, #PoetryStillHappens with Joel Long

Today’s coronavirus case count from State Epidemiologist Dr. Angela Dunn, Utah Department of Health. Governor Gary Herbert announced a travel declaration protocol for everyone coming into the state by way of the SLC International Airport or major roadways. The state has been geo-fenced so every car coming in by our Interstates and state roads — (if you want to name them)

A look back at a our show from May 2, 2019 when John Heder and Efren Ramirez who played Napoleon and Pedro in Napoleon Dynamite stopped in to talk about the the 15 year anniversary of the film.

Support local bars, restaurants and cafés — are a vital part of the flavor of our community. KRCL suggests gift cards for later use or pass them on to essential workers, order curb-side pickup or no-touch delivery where available. Also, Salt Lake City food & beverage workers displaced by the Coronavirus pandemic and SLC earthquake need your help. Click here for Tip Your Server, a way to lend a hand to those who serve us.

How YOU doin’? We’d love to share your experience and concerns:

Tonight's RadioACTive team included Lara Jones and Community Co-Host Amy Dominguez. Views, thoughts or opinions shared by guests are their own and do not necessarily reflect those of the board, staff, volunteers or members of Listeners' Community Radio of Utah, 90.9fm KRCL.