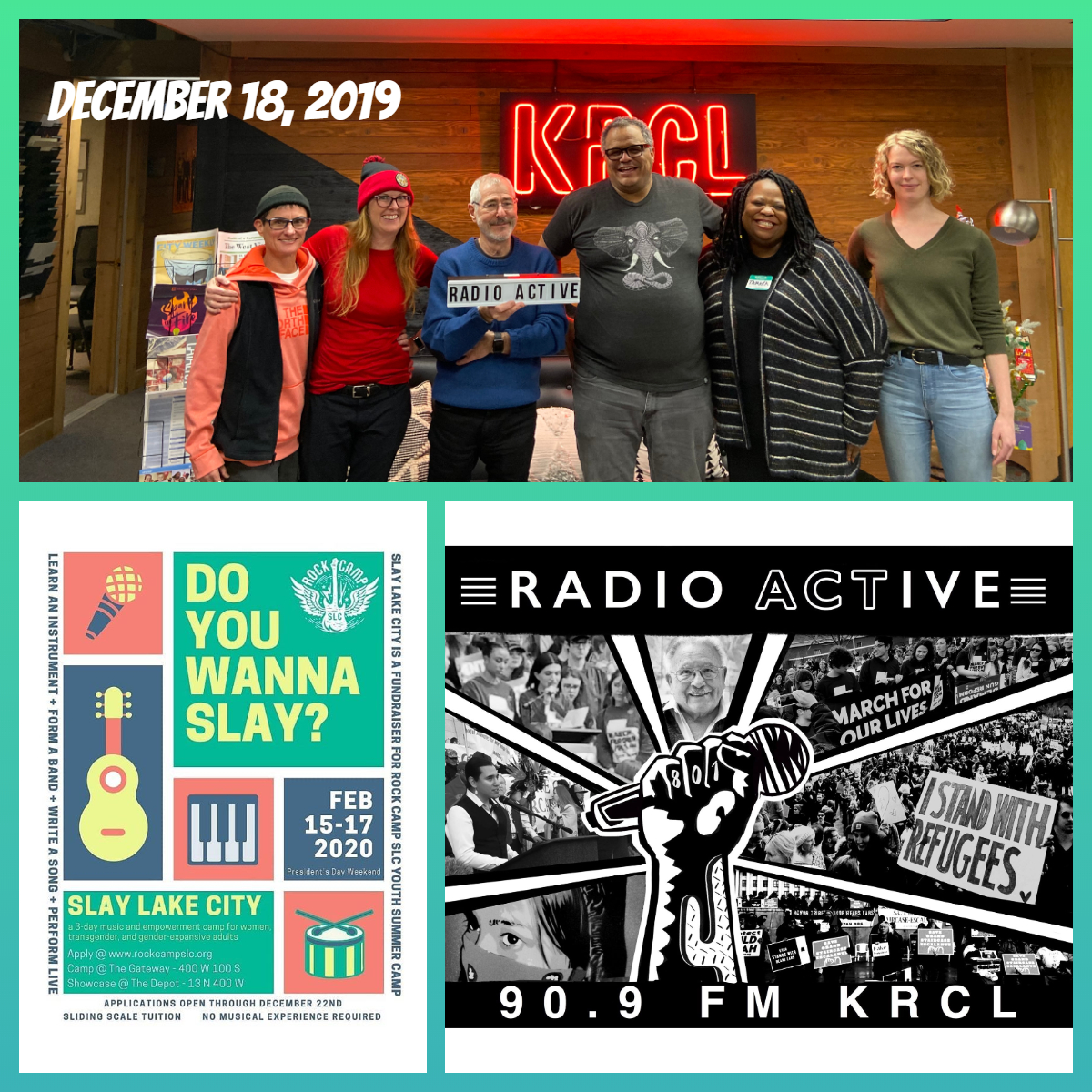 Slay Lake City is back for another year through Rock Camp SLC and sign ups are available through December 22nd. The rock camp for adults helps to fund the Rock Camp for youth each year. With guests:

We shared a Holiday PSA by the Volunteers of America Utah with Kathy Bray, CEO, VOA, Utah.