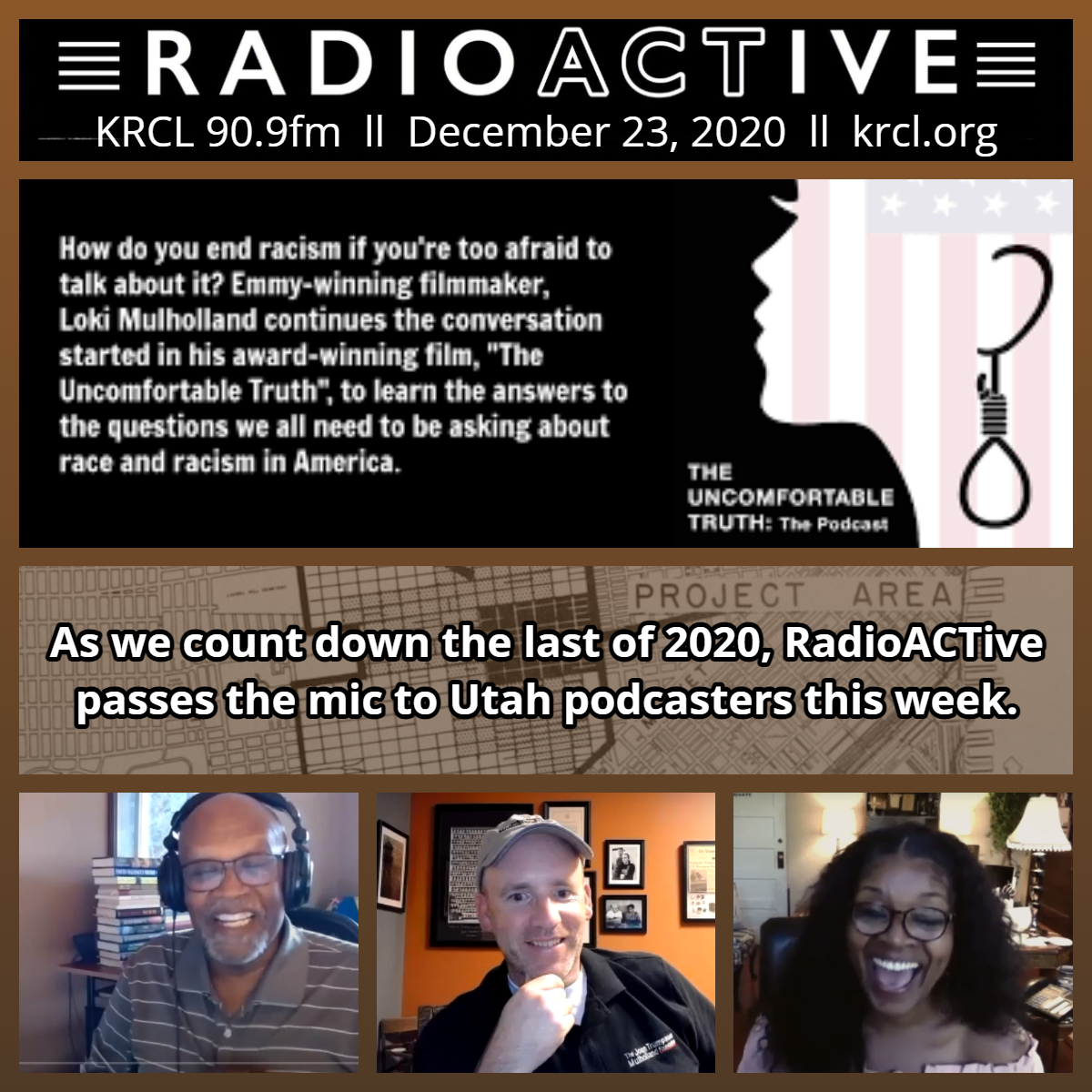 Emmy-winning filmmaker, Loki Mulholland, talked about "The End Of Slavery", his upcoming short documentary featuring Utah State Representative Sandra Hollins and marking her quest to create a voter initiative to amend the Utah state constitution in order to do away with language that allowed for slavery. Plus a short conversation about what listeners can look forward to in the second season of The Uncomfortable Truth.

The Uncomfortable Truth Podcast, Part 1 of Urban Renewal, Negro Removal: "Gentrification had another name back in the 1950s and '60... Urban Renewal. However, James Baldwin called it for what it was, 'Negro Removal'".

The Uncomfortable Truth is a podcast that asks the question, how do you end racism if you're too afraid to talk about it? Along with Co-host and Freedom Rider, Lavaughn Brown, Loki Mulholland continues the conversation started in his award-winning film, "The Uncomfortable Truth", to learn the answers to the questions we all need to be asking about race and racism in America. in this episode, they explore the history of housing policy in America with the example of Knoxville, Tennesse, featuring Reverend Rene Kessler of the  Black Cultural Exchange