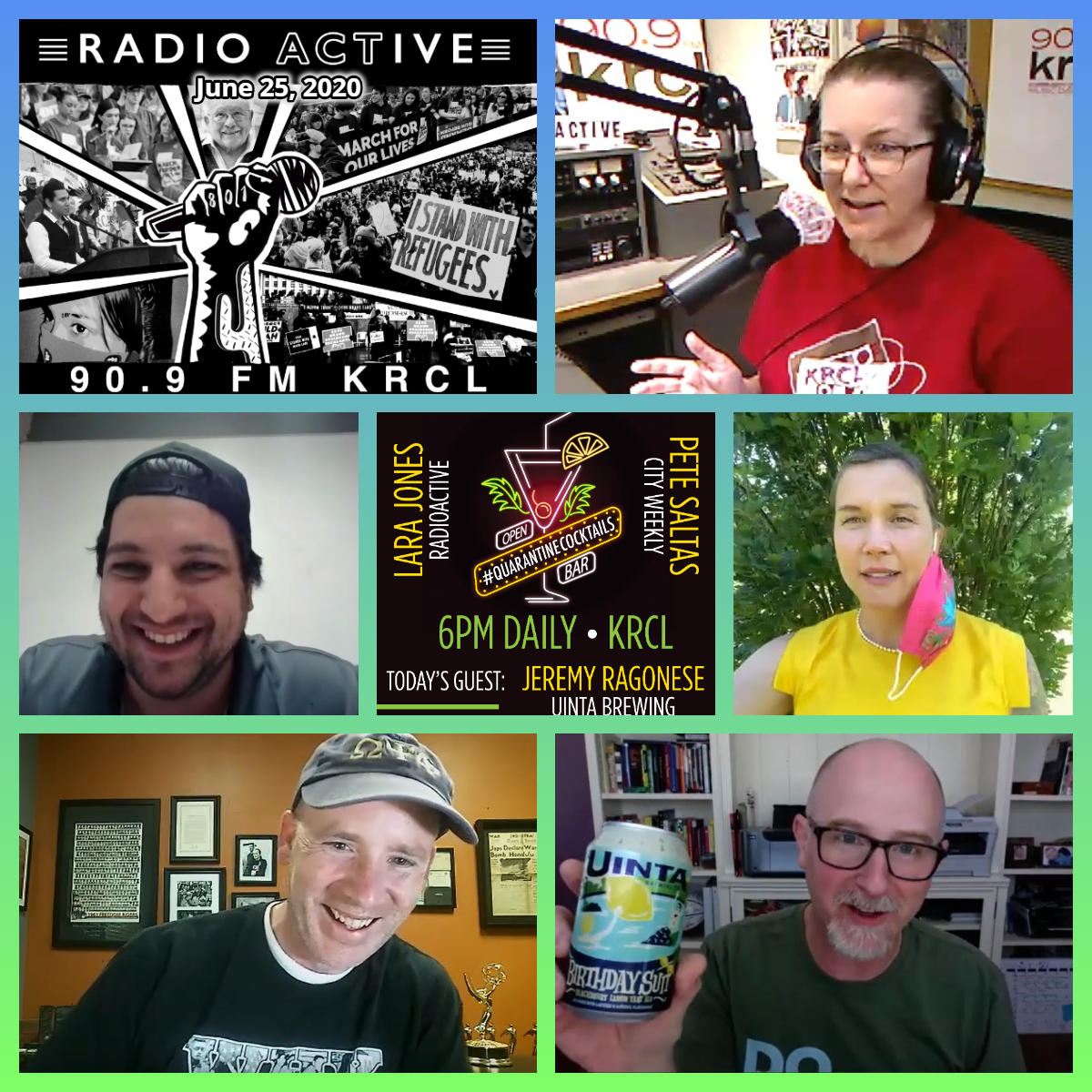 Salt Lake City Mayor Erin Mendenhall, who earlier today, along with the Salt Lake City Council and members of the community, announced the Commission on Racial Equity in Policing, a new advising body convened to make recommendations to the Mayor and City Council on Salt Lake City’s policy, budget, and culture of policing.

SL County District Attorney Sim Gill, who today announced that charges of failure to disperse or curfew violations as a result of the May 30, 2020, protest in SLC will be declined, without prejudice. However, more serious charges will be prosecuted.

Local filmmaker Loki Mulholland talked about his family’s history as slave owners in the pre-Civil War south and their continued white supremacist attitudes. He is the son of civil rights legend Joan Trumpauer Mulholland, who began her fight against systemic racism during the Freedom Rides of the 1960s’ Civil Rights Movement.

After talking with critics of the Utah Pride Center earlier in the week, Sue Robbins of Everyday People - KRCL RadioActive talked with the center's Executive Director Rob Moolman and Board Chair Mona Stevens about budget cuts and staff furloughs, as well as financial allegations. Editor's Note: Robbins was on the non-profits Board of Directors from 2015-2018 and served as Board Chair from 2017-2018.