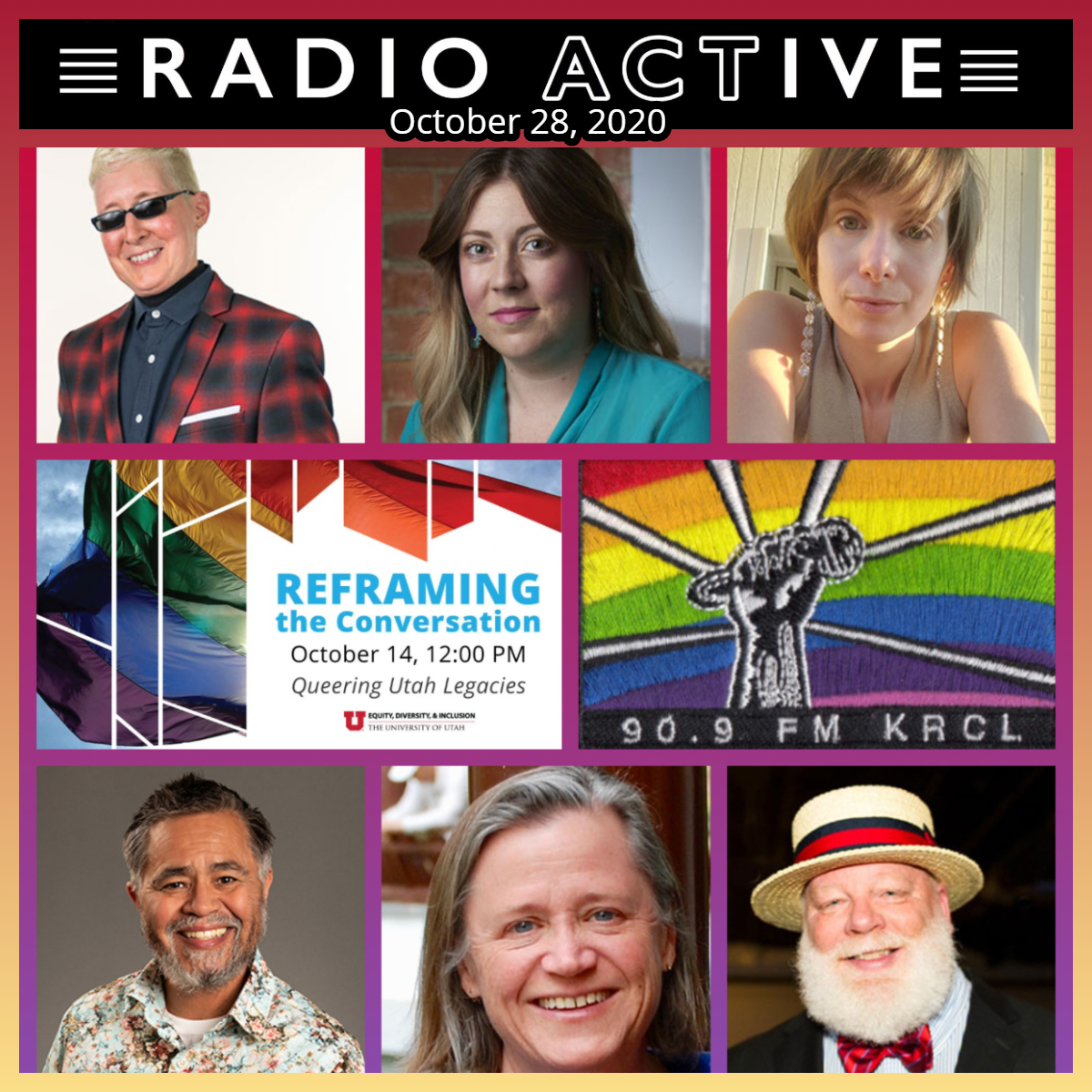 Reframing the Conversation: Queering Utah Legacies, A Changing the Narrative Special with the UofU's Equity, Diversity, and Inclusion Department

In celebration of LGBTQIA+ History Month, a look back at the queer legacy in Utah. Prominent University of Utah leaders and activists (past and present) discussed their journeys to make the U more inclusive and acknowledged where we are today and what remains to be done.

Views, thoughts, or opinions shared by guests are their own and do not necessarily reflect those of the board, staff or members of Listeners' Community Radio of Utah, 90.9fm KRCL. Tonight's RadioACTive team included: