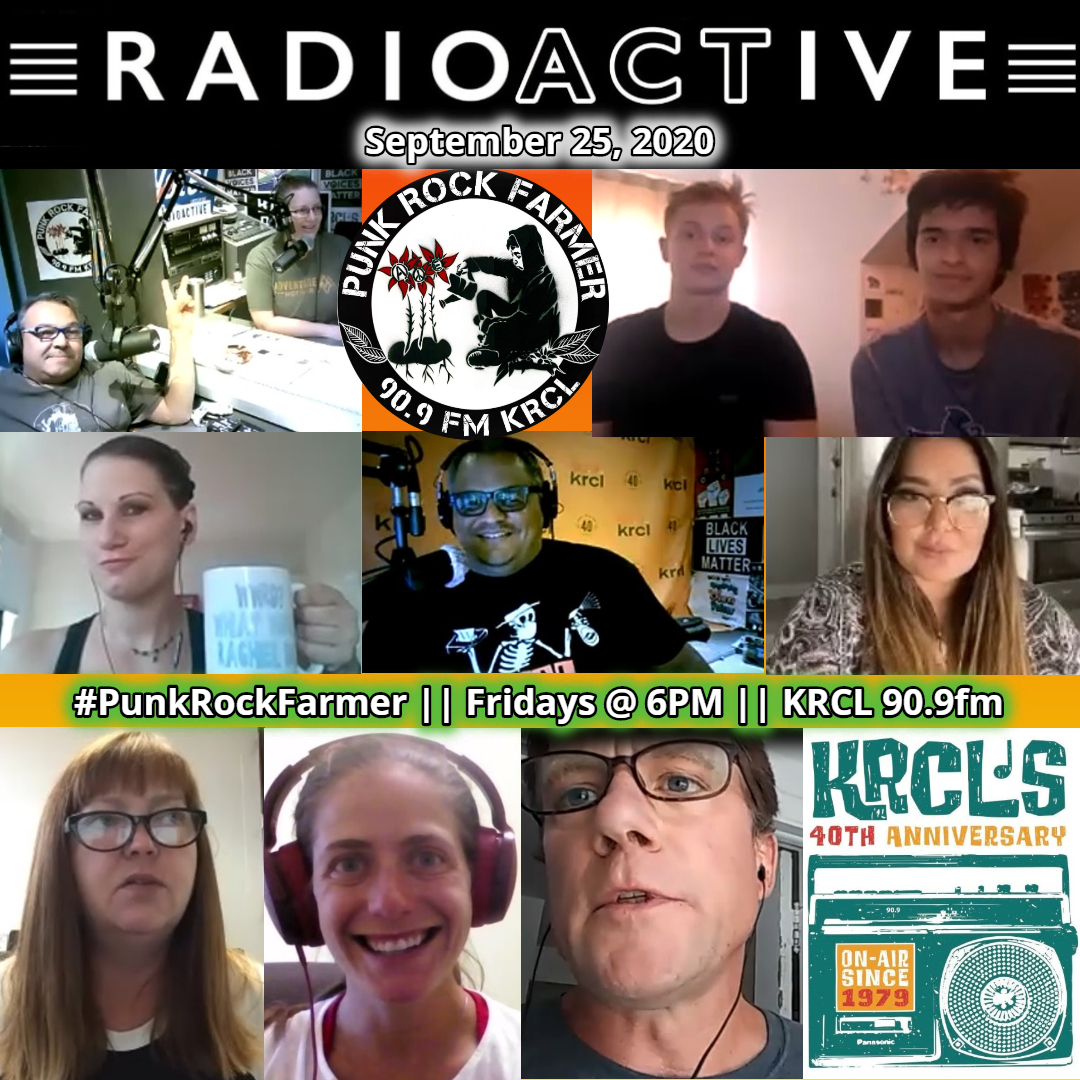 SkyWatcher Leo T with another celestial report, including the way astronauts seek to honor the late-Ruth Bader Ginsburg.

"Dear World Outside the United States," a poem by Utah's own Rob Carney. Check him out virtually Tuesday, Sept. 29, 7:00 p.m. and again Oct. 15 as part of this year's Utah Humanities Book Festival.

Alison Einerson of the Downtown SLC Farmers Market, held 8a-1p each Saturday through October at Pioneer Park, 300 S. 300 W., SLC. Be one of the first 100 folks to sign up for the Eat Local Week Challenge at the market's info booth tomorrow and get cool swag and market bucks!

Andrew Wike of Backcountry Hunters & Anglers-Utah Chapter with a call-to-action for National Public Lands Day tomorrow. BHA will celebrate its 2nd annual Public Land Pack Out, collecting trash from fishing access sites, wildlife management areas and other public lands and waters on which hunters and anglers depend for access and opportunity.

Amy May of TreeUtah on the new ReTree SLC program. Earlier this week, Salt Lake City Mayor Erin Mendenhall and TreeUtah announced the joint effort to replace thousands of trees lost throughout the Capital City during the windstorm on September 7 and 8.

Julia Edwards of Summit Land Conservancy, which will debut its 2020 Clothing Hoptional ale at Wasatch/Squatter's October 9. For the last three years, Edwards has led the Hops Hunters Hikes to check on wild hops that were then foraged for the beer.