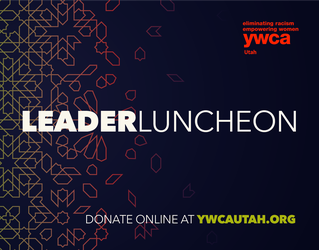 LeaderLuncheon is YWCA Utah’s signature event, garnering over +1,000 attendees from companies, nonprofits, philanthropic organizations, and individuals in our community. Each year we honor five women in our community who have had immense impacts and success in their respective fields through the Outstanding Achievement Awards. This year’s LeaderLuncheon keynote will be Angela Davis, a political activist, academic, and author with a deep commitment to social justice. All proceeds from LeaderLuncheon support our life-saving and life-changing services for Utah women and their families including comprehensive family violence services, women’s leadership development, race equity work and initiatives, and public policy advocacy.

Go to https://www.ywcautah.org/get-involved/events/leader-luncheon/ for more info and to get tickets! 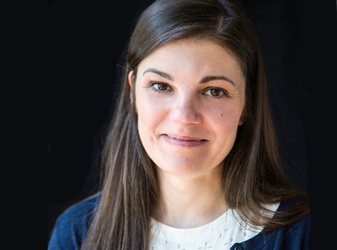 An Evening with Stephanie Land

PART OF THE PCI EQUITY INITIATIVE New York Times Bestselling Author Stephanie Land’s debut memoir Maid: Hard Work, Low Pay, and a Mother’s Will to Survive recounts her harrowing saga as a single mom navigating the poverty trap. Her unflinching and inspiring testimony exposes the physical, economic, and social brutality that domestic workers face, all while radiating a parent’s hope and resilience. Land’s work clarifies the systemic class barriers and inequalities, dispelling the myth that poor people are responsible for their own predicament, and just need to try harder. Instead, Land reveals the real culprits of the situation: domestic violence, untenable minimum wages, high housing costs, and government assistance programs that fail the people they ostensibly serve. The book is being adapted for television by John Wells, the showrunner behind ER and The West Wing. The series stars Margaret Qualley, and is currently filming in Vancouver, B.C., Canada, and is expected to premiere in 2021. In a thoughtful talk, Land will offer insights on what steps might right the wrongs of a system that seems built to reinforce—rather than alleviate—poverty.

Tickets from the previously scheduled event will be automatically transferred to this new date. https://www.parkcityinstitute.org/21-22-main-stage