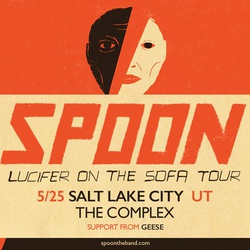 Spoon: Lucifer on the Sofa Tour with special guest Geese

Spoon’s tenth album, Lucifer on the Sofa, is the band’s purest rock ’n roll record to date. Texas-made, it is the first set of songs that the quintet has put to tape in its hometown of Austin in more than a decade. Written and recorded over the last two years – both in and out of lockdown – these songs mark a shift toward something louder, wilder, and more full-color.

From the detuned guitars anchoring “The Hardest Cut,” to the urgency of “Wild," to the band’s blown-out cover of the Smog classic “Held,” Lucifer on the Sofa bottles the physical thrill of a band tearing up a packed room. It’s an album of intensity and intimacy, where the music’s harshest edges feel as vivid as the directions quietly murmured into the mic on the first-take. According to frontman Britt Daniel, “It’s the sound of classic rock as written by a guy who never did get Eric Clapton.” 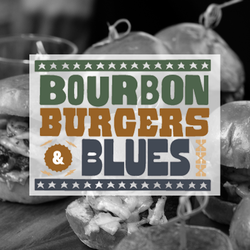 Kick off the summer with Black Feather Whiskey and friends at our inaugural Bourbon, Burgers & Blues event. Get your tickets here. Then join us to sip premium cocktails crafted by some of SLC’s best mixologists, eat gourmet burgers and enjoy live, foot-stomping blues from: Jacob T. Skeen J-Rad Cooley Band The Shakes Tony Holliday

Tickets: $10 presale $15 at the door We’ll be donating a portion of our proceeds to support our friends at KRCL Radio. Please drink responsibly. And have a designated driver or use a ride-share service like Uber or Lyft if you're drinking. https://www.eventbrite.com/e/bourbon-burgers-blues-tickets-329224618697